Jonesboro Unlimited (JU) is pleased to announce the addition of 1,036 new full-time jobs in Jonesboro in 2021. The jobs were created by JU’s five Target Industries: healthcare, manufacturing, logistics, agriculture, and professional services. The totals come from JU’s Annual Survey of New and Expanded Industries and represent responses from nearly 70 local companies.

This brings the total number of jobs created during JU’s first five-year plan to 5,001 direct new jobs. That total more than doubles the goal of 2,500 new jobs announced in 2017 at the plan’s launch.

“It’s exciting to exceed the goal we set five years ago,” said Mark Young, President, and CEO of Jonesboro Unlimited, “When we passed the 2,500 mark after year three, we promised that we weren’t letting our foot off the gas just because we hit our goal. We didn’t.”

“Our goal was ambitious. To double it is a tribute to the companies and individuals who continue to invest in and grow their business,” said Chris Barber, Chairman of the JU Board of Directors, “This community has faced some tall obstacles the last two years, but we never stopped pushing forward.”

During the meeting, JU announced the expansion of the Craighead Technology Park (CTP). The shovel-ready and rail-served 1,500-acre park currently has 533 available acres.  The new site creates the opportunity for 600 contiguous acres located one-quarter mile off Interstate 555.

“Land and logistics, Jonesboro has an ample supply of both,” said Steven Lamm, JU’s Vice President of Economic Development, “Adding this major industrial site to Craighead Technology Park represents a unique asset that makes our growing economy even more attractive.”

Today’s meeting served as the official start of JU’s second, Five-Year Strategic Plan. The plan lays out JU’s areas of focus over the next five years: Business Growth and Innovation, Talent Attraction and Workforce Development, Quality of Life and Infrastructure, and Marketing and Branding.

“Our new plan will build on the success of our previous plan. It also identifies new opportunities for us to increase our competitiveness to keep attracting the best companies and the best people.” Said Young.

The Executive Summary of JU’s Five-Year Strategic Plan is available on Jonesboro Unlimited’s website at www.jonesborounlimited.com. 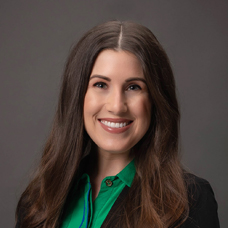